"You are always righteous, O LORD, when I bring a case before you. Yet I would speak with you about your justice:

Why does the way of the wicked prosper?

Why do all the faithless live at ease?" Jeremiah 12:1

Click here to listen to this contemplation by Pope Shenouda.

Read more: Your Relationship with the Holy Bible

"A man can receive nothing, except it be given him from heaven." John 3:27

Read more: How can we be Successful 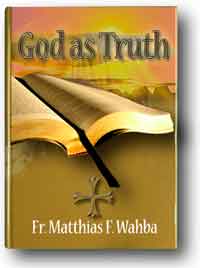 The question of Truth is a matter of life and death.

It is the question that lies at the bottom of every heart.

It encompasses a whole line of questions that every person sets before themselves:

We have 657 guests and no members online