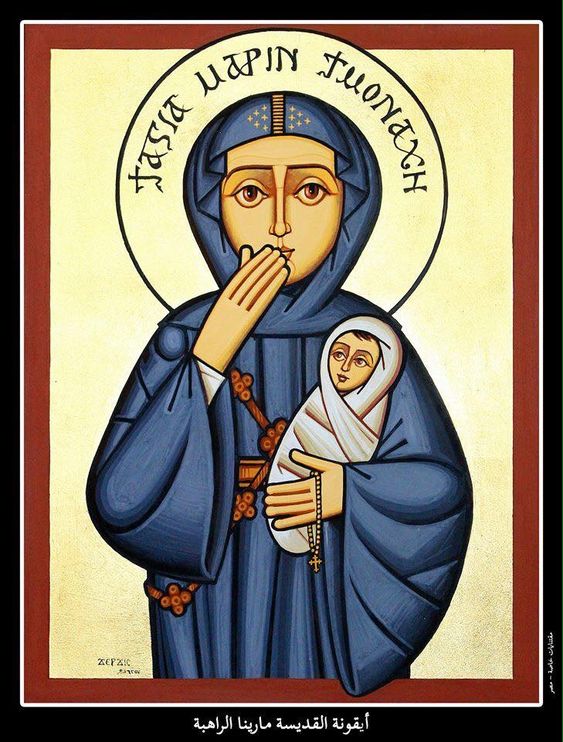 An Example of Humility and Asceticism

On the 15th of Mesra (21 August), the church celebrates the commemoration of the departure of the nun St. Marina, known as St. Marina the Monk, who was the daughter of a very rich Christian man called Euganius. Her name was Mariam, and her mother Sarah died when she was a little girl. Her father raised her and brought her up well in the Christian faith. When he wanted to give her in marriage and to go himself and become a monk in one of the monasteries, she told him, "O my Father, why would you save your own soul, and destroy mine?" He answered saying, "What shall I do with you? You are a woman." She told him, "I will take off my woman's dress and will put on the garb of a man." She rose up straightway, shaved off the hair on her head and put on the garb of a 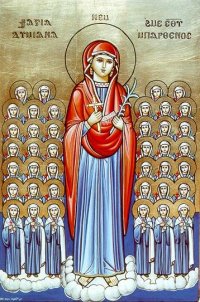 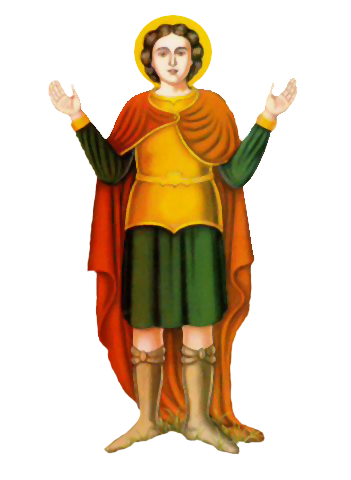 St. Mina, who is called the blessed faithful, was martyred on the 15th of Hatour. His father, Eudoxius, was a native of the city of Nakiyos (Nikiu) and was its Governor. His brother was envious of him and he brought charges against him before the Emperor. The Emperor transferred him to Afrikia and appointed him Governor over it. The people were pleased with him because he was merciful and God-fearing.

His mother Euphemia had no children. One day she went to church on the feast of our Lady, the Virgin, the Mother of God, at Attribes. She saw the children in the church wearing their beautiful clothes with their parents. She heaved a sigh and wept before the icon of Our Lady St. Mary, entreating her to intercede for her before her beloved Son, in order that He would give her a son. A voice came from the icon saying, "Amen." She rejoiced in what she had heard and realized that the Lord had heard her prayers. When she returned to her home and told her

We have 1294 guests and no members online