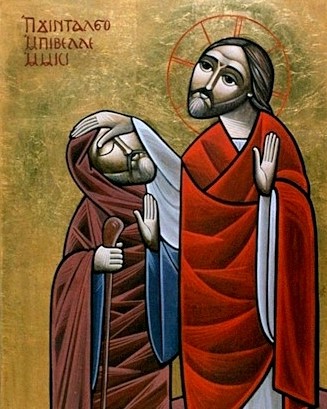 On the last Sunday before Palm Sunday, we talk about the man who was born blind. This story is quite important and is found in John 9. This story teaches us not to judge people because of their appearances and disabilities. The blind man was not paid attention to, as people thought he was blind because one of his parents committed a sin. This is unfair as he was treated badly and was not helped. He was healed when Jesus spat on the ground, and with this he told the blind man to put the mud on his eyes and wash it in the pool of Siloam. This must mean that the blind man had faith in Jesus, as this pool was far away, and the man had never seen Jesus before. The fact that the man saw again emphasizes the point that Jesus is the `light of the world`. The blind man had great faith in Jesus, as he had never seen him, and therefore he could have easily thought he was being tricked. We should

Those who fast and receive no benefit from it must have fasted in a wrong way; in this case, what is to blame is not fasting itself, but the method followed. Fasting is a period of concentrated spiritual activity, a period of loving God and adhering to Him.

As a result of this love, one who fasts is lifted above the level of the body and its concerns. He soars above worldly matters, to get a taste of the heavenly. It is a period of sacred feelings towards God, and ultimately, it harbours the feeling that one is close to, and familiar with, Him. It is a period of being spiritually content with the self and with God, and of standing against the Devil. Days of fasting are specifically for 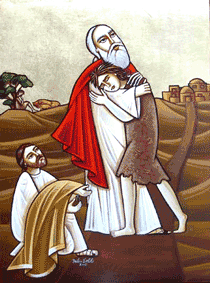 Imagine you are in a big garden, one with flowers of all beautiful bright colors imaginable, with bright blue skies and clear blue waters flowing smoothly like silk; the sun is shining a gentle warmth you’ve never felt before, and the grass is the perfect shade of green. Imagine being carefree, no responsibilities of the world to worry about, just as you were as a child. Imagine having all this and remember God’s promise to us: that He will give us “what no eye has seen nor ear heard”: a true Paradise indeed, one so good that we cannot even imagine it. Such is the promise that we are hoping and waiting for.

A Journey Through The Great Lent 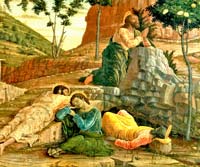 The Great Lent is undoubtedly the holiest fast observed by the Coptic Orthodox Church. During the Great Lent, we fast for a total of fifty five days; seven days from the preparation week, forty days to fast as Our Lord fasted in the wilderness for forty days and forty nights (Matthew 4:2), one day for Lazarus Saturday, and the seven last days for Holy Week [1]. It is important to constantly

Read more: A Journey Through The Great Lent

He Alone Remained With Me. 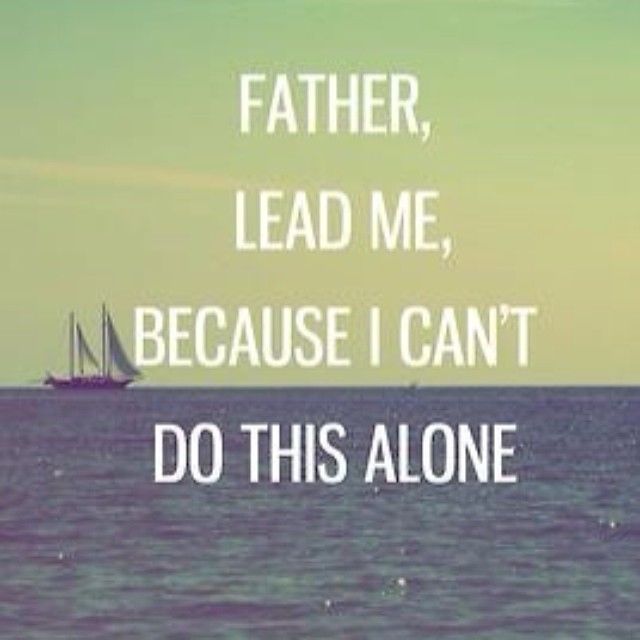 As Fr. Pishoy sat beside the man he said to him, "I hope all your problems have been solved. You seem happy."

"No, " he responded, "everything is the same, but I realize that Jesus is dwelling in me when I go through some tribulation and struggle. I will tell you of a dream, or perhaps a vision, that filled me with joy."

"I went to sleep very broken hearted, so broken hearted that I was at the point of committing suicide. I decided that I was going to throw myself from a very high mountain. On my way to the mountain, I encountered many of my friends. They all gave me comforting words of consolation, but I didn't feel that I could share my agony with any of

Read more: He Alone Remained With Me.

We have 1262 guests and no members online